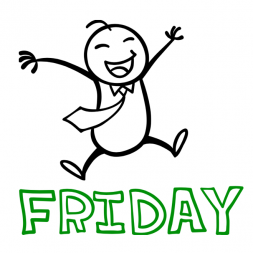 Hey, hey, it’s Friday! What are you all up to this weekend? The weather is fantastic here in Nashville this late February morning. So, I’m looking forward to some patio sitting tonight – perhaps over chips, guac and a margarita… What’s getting you through the workday? If you’re prematurely in weekend mode, pass the time by checking out this week’s more interesting medical news.

Put down the Twizzlers. Licorice consumption during pregnancy is linked to health issues for kids. A small Finnish study suggests that a natural sweetener in the candy increases the risk of having children with cognitive or behavioral problems.

Here’s why we need to pay more attention to medication side effects.

The results have been tallied. The CDC says this year’s flu vaccine is 48% effective. Last flu season, efficacy was similar at about 47%. The 2014-2015 flu vaccine remains one of the least beneficial in recent years at just 19% effective.

It’s time for FDA approved poo! Fecal transplants are increasing in popularity as a way to battle C. diff infection. To become more widely available, the practice must gain FDA approval, a process that’s not easy. C. diff survivors are bringing awareness to the issue hoping to make the intervention an option for more patients.

Researchers are ready to test a Zika vaccine…but they need another outbreak first.

Ice fishing has its rewards, but bring a first aid kit. According to a study in the American Journal of Emergency Medicine, the seemingly tame sport has a few risks. Cuts, hook punctures and sprains were the most commonly reported injuries among participants, and occurred at a significantly higher rate than for traditional fishing aficionados.

New magnet-powered implant releases drugs in a more controlled fashion. The device is designed to release a drug when triggered with an external magnet. The amount of drug that the implant ejects can be controlled using different strength magnets.

Have a fantastic weekend!