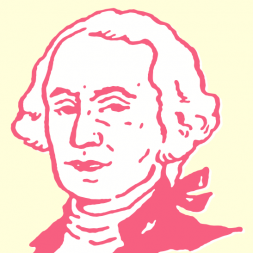 The public image of (most of) our nation’s leaders is so skillfully upheld that we often think them immune to common medical issues. Did you ever seen Obama smoke in public? Or deliver a televised speech with a nasally voice while suffering from the common cold? I didn’t. It turns out that many of our country’s leaders have endured some serious health scares, often in secret.

George Washington was apparently prone to severe gingivitis. By the age of 52, he was nearly toothless. Rather than endure public humiliation for his gap-toothed smile, he hired a dentist to transplant nine teeth into his jaw which he had extracted from his slaves.

Although Lincoln’s status as a sufferer of Marfan’s Syndrome is of great debate (the National Museum of Health and Medicine held a ‘Symposium on President Lincoln’s Health’ in 2009), he also experienced ‘melancholia’, known today as clinical depression. Lincoln felt little joy throughout his political triumphs and may have even contemplated suicide as a young adult.

William Henry Harrison’s longest ever inauguration address turned deadly. After delivering a two hour speech in the bitter cold, he contracted pneumonia and died only 32 days after taking office setting off a brief crisis over presidential succession.

President Grover Cleveland, both the 22nd and 24th president of the United States (the only president to serve two non-consecutive terms) noticed a lump in the roof of his mouth while brushing his teeth. Fearing that a health scare would lead to economic crisis, he smuggled a head and neck surgeon, an anesthesiologist and a nurse onto his yacht disguising the trip as a pleasure cruise on the Hudson River. On the yacht, the surgeon resected the mass and placed a rubber prosthesis in the roof of his mouth. The details of his health scare were revealed 15 years later.

Lyndon B. Johnson proudly endured a cholesystectomy during his presidency. One of the first presidents to break down the wall of secrecy between personal health and the public, he famously lifted his shirt and showed off his abdominal scar to photographers in 1965.

Who knew our leaders experienced so many health struggles? I doubt our current leaders could pull off an incognito Grover Cleaveland-esque river boat operation. Have a wonderful President’s Day!