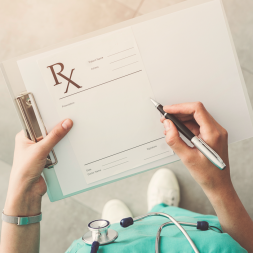 Do you write off-label prescriptions for your patients? It’s possible that as a provider, you may be doing so without even knowing it. Although drug companies are prohibited from marketing medications for unapproved uses, off-label prescribing has become a common clinical practice amongst providers and it can be especially beneficial for patients who have exhausted all of the other treatment options.

In some cases, it can even save lives such as with the case of Aspirin; although evidence supported the drug for the prevention of a second heart attack and doctors would prescribe it for such, it actually took years for the FDA to approve it for this use.

Before a drug can be approved by the FDA, the drug maker must submit clinical data and other information that demonstrates that the drug is safe and effective for its intended uses. According to the FDA, from their perspective, once they’ve approved the drug, a healthcare provider may use his or her clinical judgement to write a prescription for an unapproved use if they believe that it’s medically appropriate for the patient.

You may be surprised to find that the approved uses versus the off-label uses for some of the medications you’re prescribing don’t have anything in common with one another at all.

Classified as a miscellaneous analgesic and anticonvulsant, Lyrica is approved by the FDA to treat nerve pain and seizures in adult and pediatric patients, however, studies funded by Pfizer (the drug’s manufacturer) found that drug was just as effective as Xanax and Ativan in treating generalized anxiety disorders. Other off-label uses of Lyrica include panic disorder, migraine prophylaxis, social phobia, mania, bipolar disorder and alcohol withdrawal.

An alpha-adrenergic blocker, Prazosin is approved to treat hypertension; however, it can also be used off-label for the treatment of several various medical conditions such as enlarged prostates, Raynaud’s disease and pheochromocytoma. And because it crosses the blood-brain barrier and dampens the norepinephrine effects, it is believed to also be beneficial in treating night terrors related to post-traumatic stress disorder.

Another off-label use for the drug includes the treatment of poisoning due to scorpion venom. Although most scorpion stings don’t require medical treatment, they can cause severe cardiovascular, respiratory and neurological reactions and the venom can be especially dangerous in pediatric victims. The scorpion venom can manifest itself with cardiorespiratory features like hypertension and pulmonary edema. In a study conducted by Umaid Hospital for Women and Children in Jodhpur, India (wherein scorpion stings are extremely common), Prazosin was one of the two most promising drugs in the management of severe reactions to scorpion venom.

Widely known for treating erectile dysfunction, the medication may also help female sexual function and may even help women with infertility by promoting the growth of the lining of the uterus by dilating blood vessels. ED aside, Viagra can be used for treating a variety of nonsexual related ailments and conditions.

Because Viagra has the ability to widen arteries enough to lower blood pressure, it has been used to treat pulmonary hypertension and heart diseases such as congestive heart failure and diastolic dysfunction, as well as Raynaud’s disease. Viagra can also improve lung function at high altitudes by reducing pulmonary artery pressure. Researchers at Johns Hopkins University also believe the drug may also help diabetic patients who have gastroparesis as in its study, the medication had shown to relax the stomach muscles of animals.

While the other ED pharmaceuticals on the market such as Cialis and Levitra may also offer similar off-label benefits, Viagra has been on the market the longest and has been the most studied for such.

Often considered as one of the first options in treating acute pericarditis and preventing its recurrence, Colchicine is approved by the FDA for the treatment and prevention of gout but common off-label uses for the drug include actinic keratosis, amyloidosis, Peyronie’s disease and psoriasis.

Under the brand names of ReVia and Vivitrol, Naltrexone is approved for the treatment of opioid and alcohol dependence, however, in a limited clinical study, it was concluded that a significantly low dose of the drug may be useful and reasonable for the management of fatigue and pain in patients with multiple sclerosis. Naltrexone has also been used off-label for treating certain types of cancers, HIV/AIDS, Parkinson’s disease, Alzheimer’s disease, AS, emphysema and other autoimmune diseases.

Do you prescribe medications for off-label purposes?