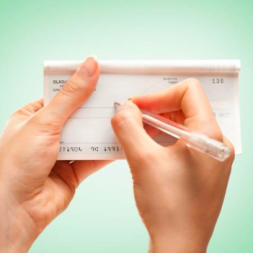 How Much Should NPs Expect to Pay a Collaborating Physician?

Physician oversight requirements can be a significant hurdle to overcome if you’re thinking about opening your own nurse practitioner practice. For starters, complying with supervision or collaboration requirements affects your practice’s bottom line. You will need to pay an MD to conduct chart reviews or be available for consultation as mandated by laws in your state. Just how much of your practice’s revenue can you expect to spend on compensating an overseeing physician?

Professional relationships also come into play in determining compensation for physician oversight. Nurse practitioners who have worked closely with their overseeing physician in the past and developed a solid rapport will likely pay less than those without established MD relationships. If a physician has a high degree of trust in the nurse practitioner’s clinical abilities, there is less likelihood he/she will be called on for consultation. Perceived malpractice risk is also lower if the physician has worked with the nurse practitioner in the past and is confident in the NPs abilities.

There are a few different compensation models to consider for physician collaboration as you open your practice. They are as follows:

According to healthcare attorney Alex Krouse who often works with nurse practitioners in setting up their own practices, NPs can expect to pay a physician anywhere from $5 to $20 per chart reviewed. These values are not hard and fast, and can vary significantly by state and type of practice. As a flat, annual fee, he most commonly sees MDs paid anywhere from five to fifteen thousand dollars per year. Again, this number depends on laws within the state as well as other factors.

While compensating a physician for a collaboration arrangement based on percentage of the practice’s revenue is a possible way to structure the agreement, Krouse says it isn’t advisable. Under the anti-kickback statute, it is prohibited to pay for referrals in healthcare. As a result, nurse practitioners operating their practices with a collaborating physician compensated based on a percentage of profits run into problems. If the physician refers patients to the NP-owned clinic and meanwhile receives a percentage of profits, this is a violation of the anti-kickback statute. As a result, this compensation structure is not advisable.

Laws in the state where you plan to open your practice as well as the context of the relationship with your collaborating physician will be the driving factors behind the amount you can expect to pay for MD oversight. Speaking to another nurse practitioner business owner or an attorney who assists in medical practice set up is the best way to get an appropriate financial model in place for your practice.