Can Your Employer Make You Get a Flu Shot? 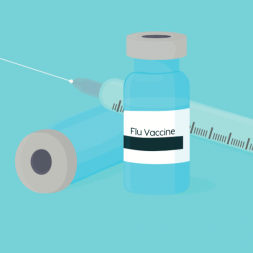 Throughout the months of October through February, nurse practitioners spend much of their shift treating countless numbers of influenza cases, as patients flock to the clinic in the hopes that there’s still an opportunity to lessen their misery with an antiviral prescription.

Receiving a flu vaccination before the season begins has been a recommendation for some time in the United States, as it may help to control the spread of the virus. In recent years, those working in healthcare have seen the vaccination become not just a recommendation, but a condition to their own employment; with the notion that if you don’t receive an annual flu shot, you’ll suffer consequences that go beyond just that of just affecting your health.

Some reports include healthcare employers going so far as to enforce harsh punishment upon employees who refuse to be vaccinated for the flu; from sending them home without pay to worse, termination. No matter where one stands on the debate of whether or not flu vaccines are an effective means for controlling its spread, forcing providers to choose between a flu shot or their job comes with understandable resistance and raises the question of legality.

There are three ways for which employers’ justify requiring influenza vaccinations for healthcare employees.

1. At the Recommendation of the CDC, ACIP and the HICPAC

The CDC does not have any requirements or mandates for state agencies, health systems or healthcare workers regarding infection control practices (which includes influenza vaccination or the use of masks as an alternative), but the CDC, the Advisory Committee on Immunization Practices and the Healthcare Infection Control Practices Advisory Committee share the recommendation that all U.S. healthcare workers should receive an annual flu shot.

2.  In accordance with state mandates

Some states and other Federal agencies do have laws that address mandatory flu vaccinations. These mandates generally either require that healthcare providers be vaccinated for influenza or otherwise wear a mask while at work during flu season,

According to the CDC:

3. Based on studies in support of vaccination for healthcare employees

Even in states wherein the vaccine is not mandated by law, many employers may still choose to make the flu shot a condition to employment; basing their requirement not only at the recommendation of the CDC, ACIP and the HICPAC, but on four studies that suggest that requiring flu shots for healthcare employees would reduce the risk of a caregiver spreading the virus to vulnerable patients. In these studies, the flu shot is not only recommended for physicians, NPs and other healthcare professionals who provide direct patient care, but for other healthcare workers who have little to no contact with patients such as maintenance, housekeeping and hospital administration.

But in a 2017 study entitled “Influenza Vaccination of Healthcare Workers: Critical Analysis of the Evidence for Patient Benefit Underpinning Policies of Enforcement”, the supporting evidence of the four studies that suggests flu shots should be given to all healthcare employees is concluded to be flawed.

Per the analysis, all of the studies took place in long-term care facilities and not in hospitals. In addition, one of the studies concludes that eight vaccinated healthcare workers would prevent one flu related death. Statically, if that finding were correct, then vaccinating the estimated 1.7 million healthcare workers who are employed in long-term facilities alone would prevent 687,500 flu deaths per year; but CDC estimates that there are only between 3,000 and 49,000 flu related deaths in the US per year. According to Michael Osterholm, one of the lead authors of the analysis, “the study today does not refute that vaccination could have some impact on reducing transmission from infected health care workers to patients. But it clearly shows there’s no well-conducted study that demonstrates that at this time.”

Is it legal for an employer require you to be vaccinated for the flu and fire you for refusing?

Regardless of how an employer justifies their requirements, the argument that a mandated flu shot violates an individual’s privacy and their rights to exercise control over their own body is valid, and you do have the right to refuse the vaccine; but whether or not an employer can legally fire you for such depends on several factors.

Many employees in the United States work at-will; meaning that you could be fired for any reason, so long as the employer is not illegally discriminating against you. Keeping this in mind, many mandatory vaccination policies by employers have the potential to conflict with state and Federal anti-discrimination laws. For example, if you refuse a flu shot due to a religious belief or for a medical reason (such as an allergy to eggs), your employer cannot legally terminate you for refusing the flu vaccination because it would be against the anti-discrimination laws. Instead, the employer may be required to provide you with a reasonable accommodation such as requiring that you take other steps in preventing the spread of the virus like wearing a mask while in contact with patients.

In states wherein there are laws regarding influenza vaccinations for healthcare employees, whether or not an employer can legally fire you for refusing depends on the law specific to your state. For example, some states require employers to offer an influenza vaccination to employees, but prohibit employers from making it a requirement. There may also be verbiage in the legislation regarding what other preventative measures the employer can offer in lieu of vaccination.

Do you get an annual flu vaccine as a nurse practitioner?